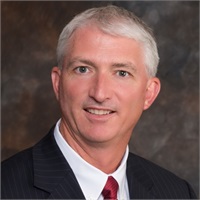 Eric Miller is a Vice President, Financial Advisor and Chartered Wealth Advisor with Baird. Eric understands that everyone’s circumstances are unique to them and those whose lives they touch. He also understands that there are no certainties in life. When a life changing event occurs, it is usually too late to create a plan for that event. Eric focuses on each individual client, taking time to discover who they are and what they want. Then, employing all the resources available through Baird, he creates a flexible plan, tailored to that client or family. This way, the client is ready for any life changing event and not reacting to it.

Eric’s practice encompasses holistic planning for the entire family. Whether you are in the accumulation phase (pre-retirement), distribution phase (post retirement) or a business owner contemplating succession planning or buying another business, Eric and Baird have all the resources you need.

Eric was born in Indianapolis, moved to Evansville that same year and has been a resident ever since. He received his undergraduate degree in History and Political Science from Indiana University Bloomington in 1990. While at IU he was involved in numerous activities, including the Men’s Soccer Team during his freshman year and a participant in the Little 500 bike race his junior year.

Having married his wife Sara in 1993, Eric began his career with Baird in June of 1996. Eric and Sara have 2 children, a daughter was welcomed in November 1998 and a son joined them in September 2001.